‪Expandable Container having Lid for Providing Headspace Control in a Food

‪CanThe invention relates to lids for cans for receiving foodstuff which are to be subjected to a thermal treatment above 50°C as sterilization or at least pasteurization. The lid (1) has an annular ring (2) seamable to the can body which ring can be firmly and sealingly connected with the can body rim portion and a cover panel (3) which is sealingly disposed (13) to said ring. The annular ring comprises a flat web (6) that points towards a vertical central axis (8) of the lid and is axially outwardly inclined (11) with respect to a horizontal plane (15). The cover panel (3) is sealed to the flat inclined web by means of a radially outer ring band (3a). A central area (3b) that is surrounded by the ring band is axially inwardly preformed towards an interior in a dome or bowl-shaped fashion and thereby stabilized. After closing of the can, it is subjected to the thermal treatment. Upon a change in pressure (in the closed can) occurring during this thermal treatment the cover panel changes from the preformed position (3b) to an axially outwardly directed bowl/dome-shaped position (3b'). After cooling the closed can, the cover panel (3) returns -at least substantially exactly -into its preformed position. 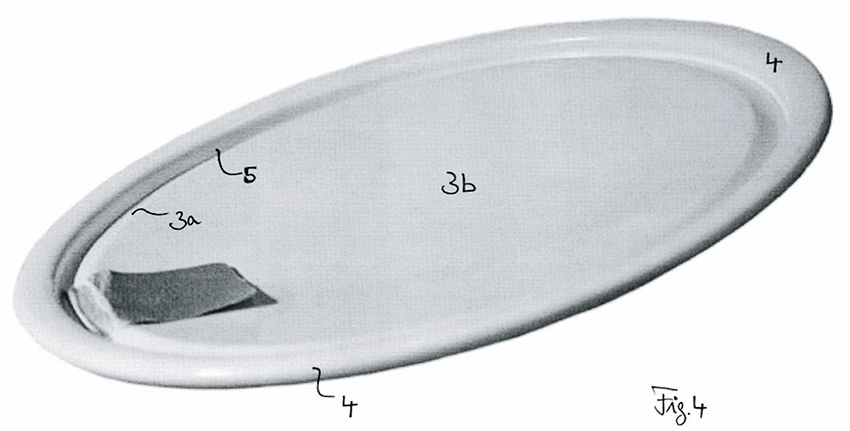